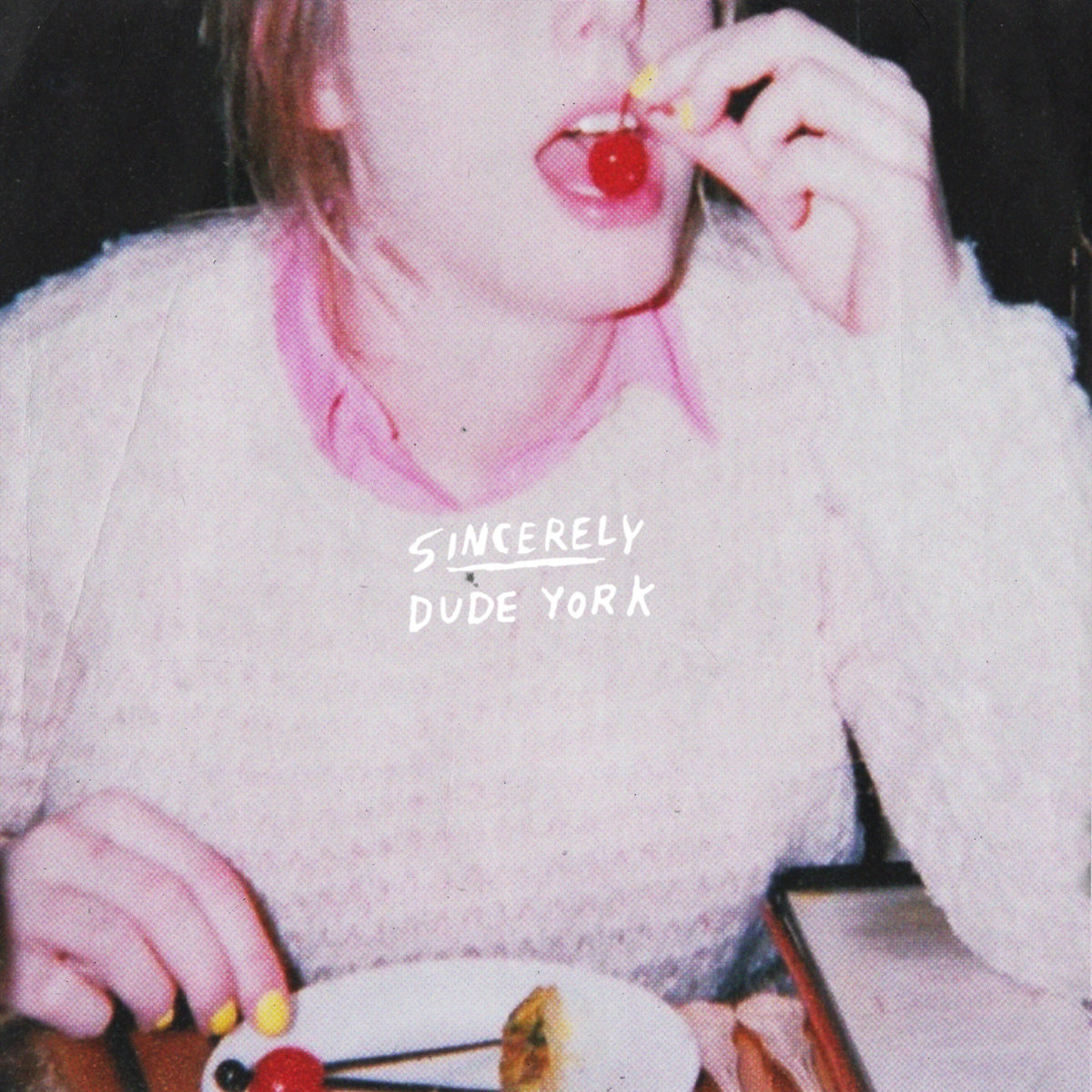 There are a number of good young US rock bands making their mark right now.  Just from memory I can recall excellent outfits in Boston, Chicago, Nashville, Los Angeles and many points in between.  But a less known fact, which really should be very widely known, is that one of the best of the bunch is Seattle's Dude York.  The trio is a rock band, with all of the energy, noise and edge that comes with that label.  But they also are thoughtful, melodic, embrace pop hooks and are literate and activist.  With some fine EPs and an album in their past, they have pulled it all together in superb fashion on Sincerely, their sophomore album.  On this outing, while the band has not shed their appealingly scruffy charm, the songs are well crafted, tightly performed, and highly relatable.  The mood generally is upbeat and positive.  This is a band you will want to like, and you'll have no trouble doing so.

Dude York is Peter Richards (guitar/vocals), Claire England (bass/vocals), and Andrew Hall (drums).   If I correctly recall the background, the three met when students at Whitman, the highly regarded liberal arts college in Walla Walla, Washington.  Perhaps that is relevant only to illustrate that the quality of the songwriting is less surprising as a result.  But since I think that this band exceeds both for the quality of their sound and the content of the lyrics, it is important to us here at WYMA.   Previously, Richards was the songwriter and primary vocalist, but on Sincerely England steps up in both categories, adding a depth in perspective and sound that adds greatly to the album's effect.  Three songs are available to stream below.  I assure you that others on the album are equally satisfying.  This may be your indie rock find for the first quarter of the year.

Sincerely is out now via Hardly Art.  Check the Bandcamp link below for details.