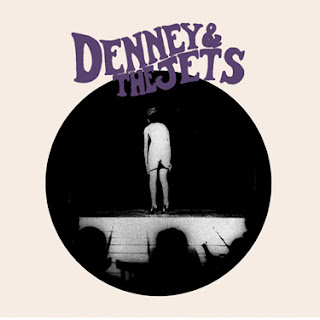 If you have an idea what a band called Denney And The Jets ought to sound like, perhaps based on your memory of that old Elton John song Chris Denney chose to name his band after, put it aside. These guys are playing pure country honk - a sweet reminder of old Stones country like "Sweet Virginia" or "Brown Sugar", or the Burrito Brothers (admittedly, those aren't terribly different when you get right down to it). And Denney and his mates are very good at it. There's a nice bit of reverb on the guitars on some of the tracks, stinging solos on others, some barrelhouse piano, and a very wild spirit to the whole proceeding. I swear, the lead track reminds me of nothing so much as an old Stones song with Keith on vocals... and the lead guitar work is in that neighborhood, too.

Check out this video of them playing "Fun Girls" at the Basement in Nashville:

The group's evolving membership is a veritable who's who of the Nashville garage punk scene:

Frontman Chris Denney began writing songs in the Spring of 2008, recruiting Wes Traylor (Natural Child), and Jake and Jamin Orrall (of JEFF The Brotherhood) to be the very first of his Jets. After each member parted ways to pursue their own individual careers, Chris signed on Daniel Pujol (eponymously of PUJOL) and Joe Scala. After Pujol's departure, Denney solidified the lineup by adding longtime friend Sean Cotton on lead guitar, Joe's little brother Evan Scala and most recently bringing in Ric Alessio on keys and sax. Denney and The Jets have turned songwriting into a full realized communal process and have grown in to one of the South's finest.

If you've been reading this blog for a while, you know we're crazy about JEFF The Brotherhood and PUJOL - and now we're falling for this band too. This EP was produced by Andrija Tokic, who also worked on the Alabama Shakes record. 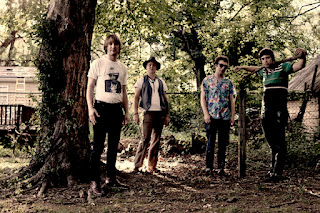 At this link, you can download  "Fun Girls". And you can buy the 5-song EP via the record label Limited Fanfare here.

And if you are in NY/NJ, Boston, Pittsburgh or Baltimore, you might be in luck: