Brian Olive - new video and free download from Two Of Everything 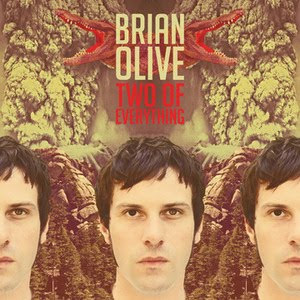 Brian Olive, former Greenhorne, has released one of my favorite records of 2012: Two Of Everything. Olive has rightly become very well-known this year: he's a multi-instrumentalist who worked with Dan Auerbach on Dr. John's latest record, and Two Of Everything is meeting with nearly universal approval (if not ecstasy). I'll just go ahead and add my voice to the chorus of praise.

From the funky, hard-rocking groove of opener "Left Side Rock" (free download available - click here), to the hypnotic electric piano and flutes of "Go On Easy" to the Motown rhythm section and horns fronting Lennonesque vocals on "You Can't Hide It"... the common elements are an explosion of talent and an amazing facility with different styles, tempos and genres. Everything on this record - the rhythms, the guitars, the horn sections - is well done, and Olive's vocals are certainly up to the task of carrying such a big-sounding record.

Here's a video for "Left Side Rock":

In a way, though I wouldn't call this a rehash or even particularly "retro", I'm reminded of two old records: Rick Danko and Dennis Wilson's Pacific Ocean Blue. And you would say, those two don't sound much alike, and I would agree but still say those are the ones Two Of Everything reminds me of. Both are subtle masterpieces arising out of the totality of their creators' musical journey, that forced us to look at them a little bit differently. The same thing is probably true here, although I must admit that, other than kind of enjoying the Greenhornes' sound, I was largely unaware of Olive's work before this record. Happily, that is no longer the case. Highly recommended, and available via Alive/Naturalsound Records. Alive/Naturalsound makes our world a better place.