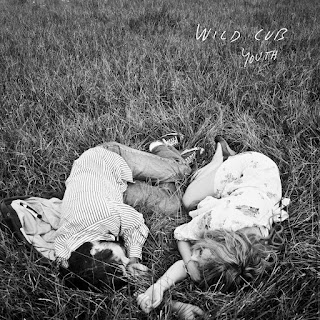 Nashville, TN's Wild Cub is a duo - Keegan DeWitt and Jeremy Bullock. DeWitt has a soulful voice, and they play a mix of beat-based electronic music and a fuller electronic pop. It's pretty engaging - in places, reminiscent of New Order, and in places a little brighter than that. After playing Bonnaroo in June, they came back to Nashville to play a few local dates and work on some videos and the release of their new album Youth (out today, August 14 on Big Light Recordings).

It's not surprising to learn that the principal songwriter, DeWitt, is a film composer, as there's a very cinematic element to the composition. Here's a new video by filmmaker Matt Jay for the song "Shapeless":

And there is a new video, for "Jonti", available at IFC.com.

You can listen and order a record, which includes a free download, on Bandcamp: These guys have a way with a song, and DeWitt a way with the vocals, that transforms this from what might be just another faceless dance-rock disc into something with a good bit of texture - check out the percussion on "Thunder Clatter", strings on "Streetlights" and the Afro-pop guitar on "Jonti". Youth sounds like it will be in the rotation a while.

They're playing an album release show in NYC tonight, then they'll be on a mini-tour: