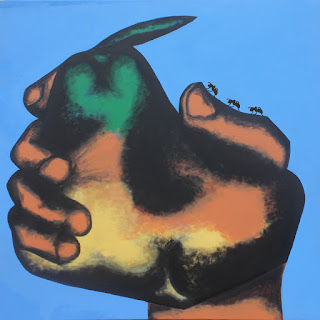 Look Alive! represents yet another facet of the talented Australian four piece The Stroppies. Earlier recordings had a raw edge to them. Last year's wonderful debut LP Woosh! upped the melodic element and added some polish to superb effect. This album was recorded soon after the band finished their second European tour in in a fairly short span. While taking nothing away from the previously-mentioned elements, Look Alive! has a live-to-tape spontaneity and a bit of a jaded vibe. We must say, they wear it well.

At the end of the year, you should expect knowledgeable guitar pop folks to point out that Look Alive! is one of the guitar pop 'must haves' of the year. They will be right. And if you are on the ball, you will nod and say "I know", WYMA told me so and I bought it.