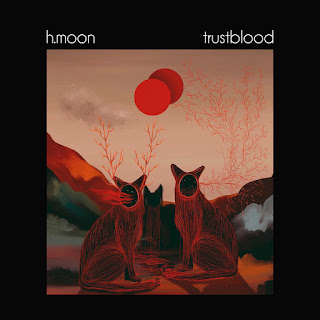 Philip Ekstrom is a name known to us for his former project The Mary Onettes. However, he is here today with Trustblood, the album for his solo venture H. Moon. Ekstrom is a musician, songwriter and composer, and for this venture he calls on all three. In fact, the songs on the album began when the Swede was composing the score for a feature film. Leftover tracks were reworked and embellished with lyrics. The stunning result is a musical tapestry that is part ambient, part cinematic, and part pop. The proceedings have a melancholy cast and the emotions can be raw. But the ultimate vibe is one of warmth. Well, perhaps bittersweet warm -- the emotion of survivors.

Trustblood is out now via Welfare Sounds.