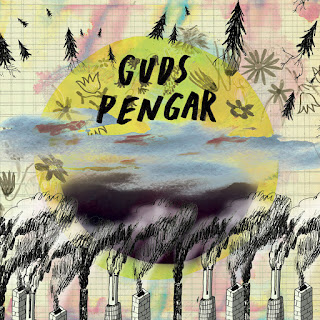 Guds Pengar is one of the few bands we follow who do not sing in English. That may prevent us from singing along as our Swedish facility in nonexistent, but that doesn't prevent us from appreciating the music these young Swedes play. In fact, the inability to follow the lyrics sharpens our appreciation for the confident playing, the nuanced lyrical delivery, and the sheer euphoric vibe that characterizes this band. Our introduction to their music was "Borttappad", the lead single from their new album Granar som flyr staden. We don't consider ourselves easily impressed, but we were hooked. And when the album reached our ears, it only confirmed our first impressions. This is rock music with a restless, youthful heart, a pop sensibility and a rockers delight in filling a room with sound. Grab yourself a copy, you will be very glad you did. 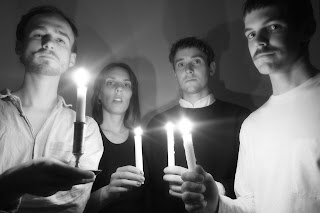