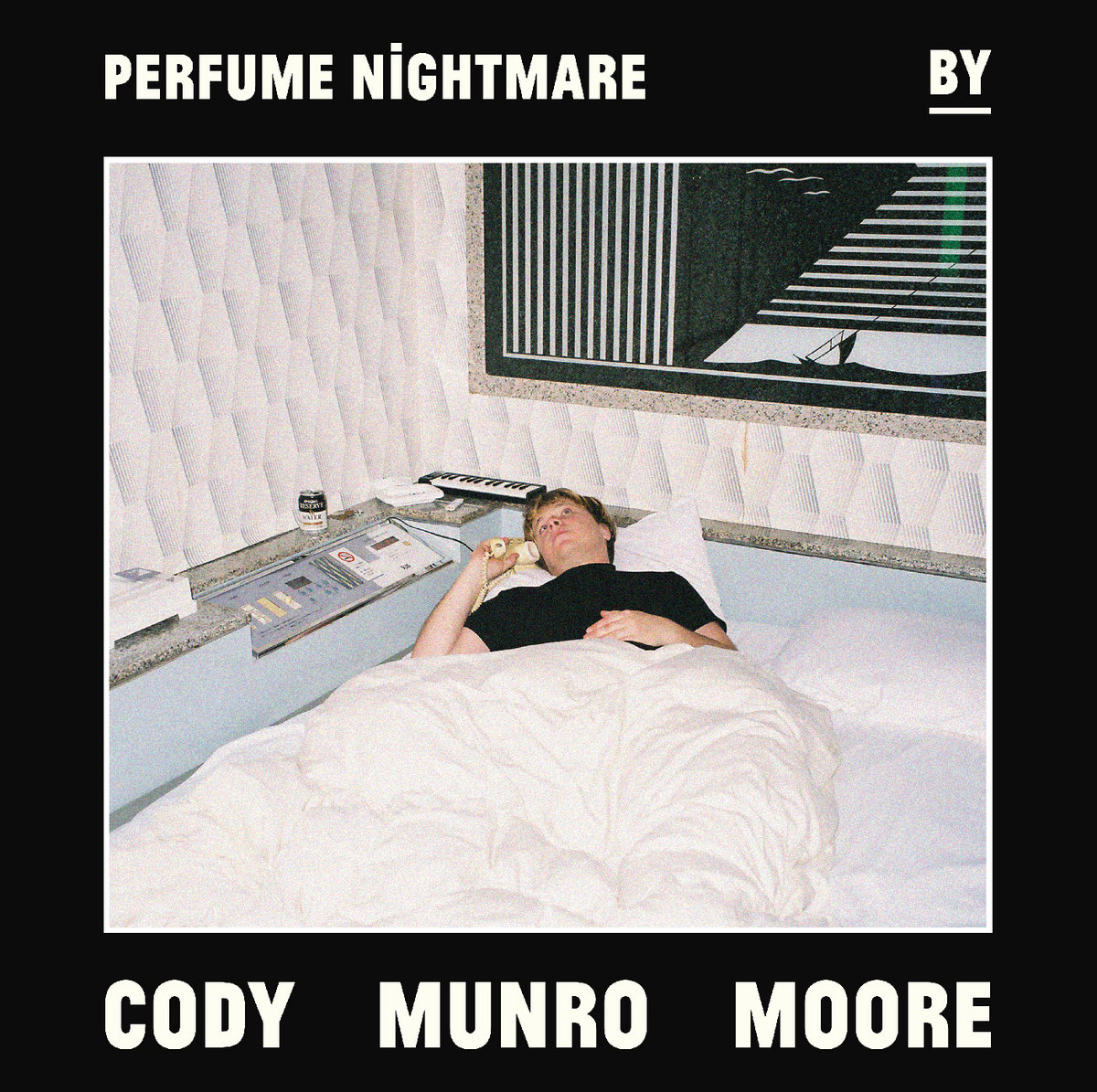 On Perfume Nightmare Cody Munro Moore shapes a post-punk soundscape with taut pop-rockers, '80s pop and a bit of house.  The hooks are plentiful and the songwriting clever and smooth.  And the Sydney musician's vocals, often reminiscent of The Cure's Robert Smith, are up to the task regardless of the genre at hand.  As always, we give extra credit for employing a sax, such as on "Just Don't Need It Enough" and "Night Scene".  You may be familiar with Cody's endeavors with Big White or New Lovers, but it doesn't matter if you aren't.  This album stands by itself and we think it marks a big win for Mr. Moore.

Perfume Nightmare is out as a digital download on September 15 via Moore's Dinosaur City Records.