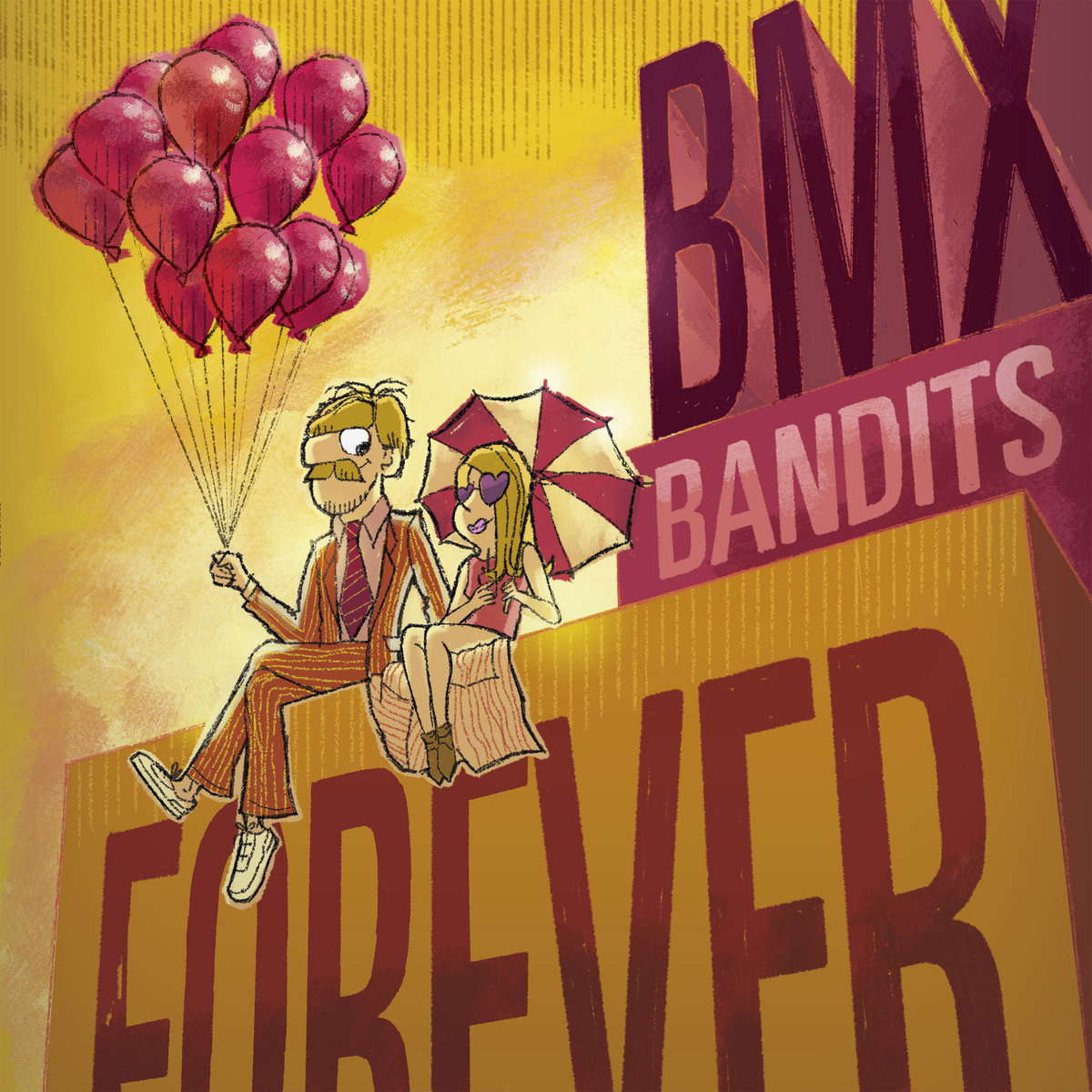 Purveyors of bittersweet pop of high quality, BMX Bandits has been around long enough to now have released their tenth album.  Admittedly, that isn't an exceptionally high number for a band formed in 1985, but BMX Bandits have always lived via their own schedule.  The lineup has changed numerous times, with the constant being founder Duglas T. Stewart, who named the band with the expectation that they would be short-lived.  The cast of other performers over time have included, among others, members (or future members) of Teenage Fanclub, Superstar, Soup Dragons, Boy Hairdressers, The Vaselines and Eugenius.  BMX Bandits Forever does not contain any surprises for fans of the band, but that is intended as praise, not criticism.  The album contains a generous sixteen songs of the sort of guitar pop that those of us who admire the band expect and cherish.  With ace-colleagues such as Stuart Kidd and Anton Newcombe, the band offers classicn heart-on-the-sleeve music, with sunshine and regret never far from the surface, and plenty of humor and wry observations to keep the listener engaged.  When a band remains active this long, there is a good reason, and it is that it delivers what we need, and BMX Bandits Forever delivers.