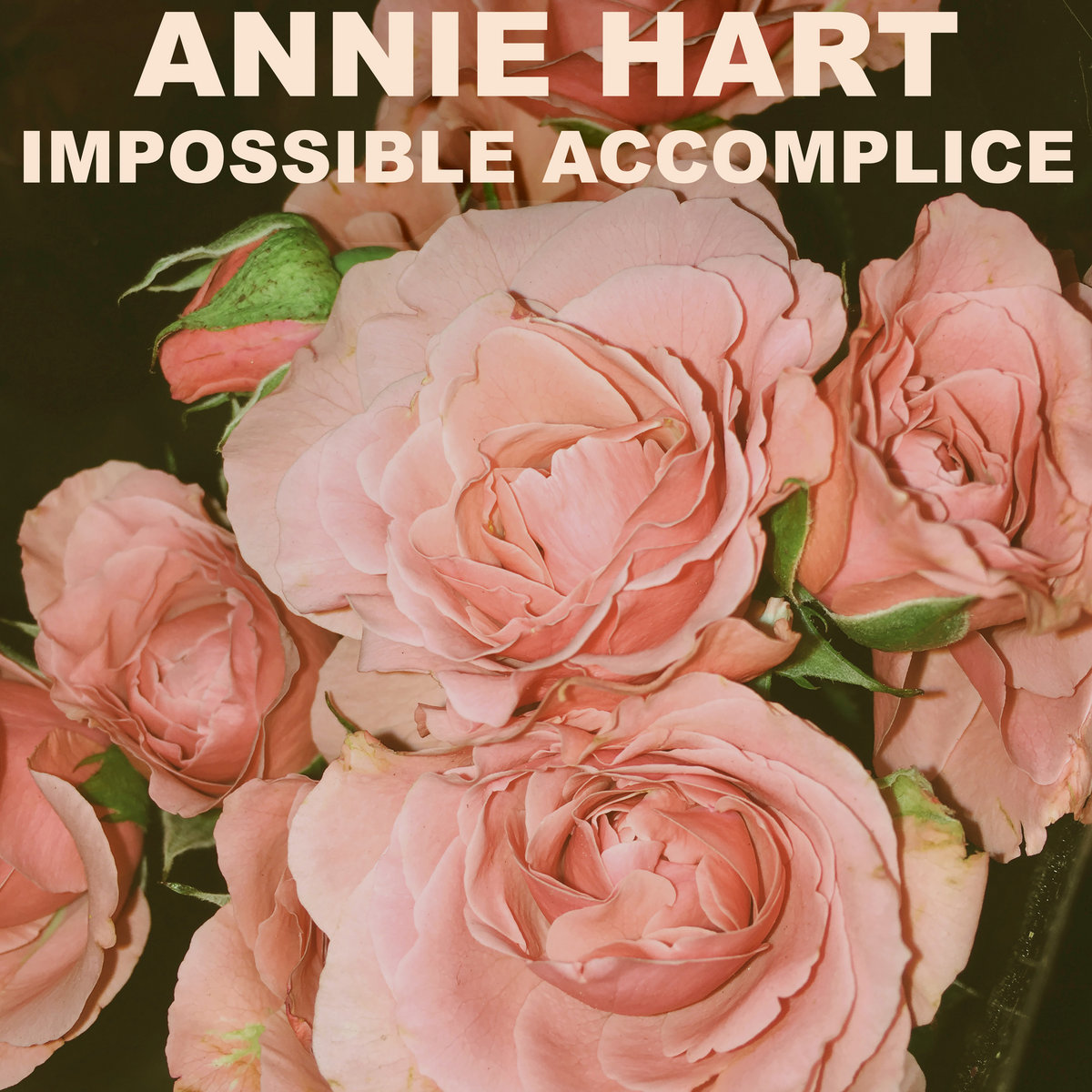 Annie Hart can make one feel inadequate.  Hart is one of the three vocalists/keyboardists in Au Revoir Simone, which has released four well-received albums.  If I had that credit on my resume, and my band went on hiatus, I'd probably read a few books, get some exercise, and lie to my friends about my progress in writing a thriller that not only would be a best seller, but also would be made into a Hollywood blockbuster.  To put it another way, I'd not get a lot done.  On the other hand, Annie Hart used her downtime to craft the eight songs that are Impossible Accomplice.  And I can't even criticize her for making me feel inadequate, because those songs are really, really good.

Hart employs her great melodic sense and a beguiling voice to spin concise pop gems and melancholy ballads wrapped in dreamy synths.  She played all of the instruments and recorded nearly all of the album in her basement.  With a dark perspective and eight songs of less than four minutes, the effect is like a warm summer rain shower.  Make that a welcome summer rain shower.  This may be your synth pop find of the summer.