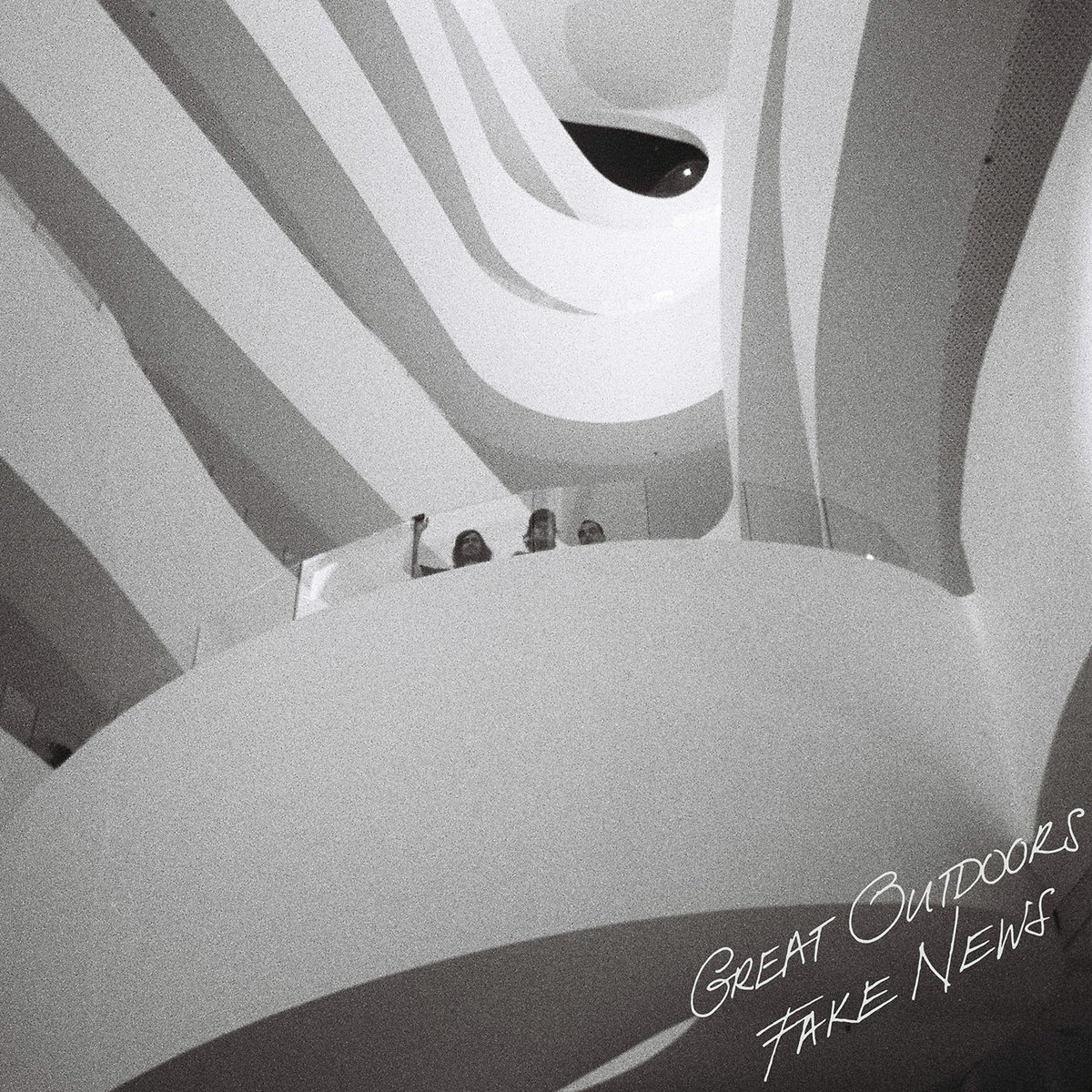 Zachary Schneider is a member of Australian bands Totally Mild and Free Time, and also has recently recorded with Full Ugly, Milk Teddy and Lehmann B Smith.  But Zach felt the urge to create his own music, resulting in Great Outdoors.  Originally a solo project, it became a trio with the additions of Dylan Young and Max Sheldrake-Falovic.  The band's ethos is to write and record quickly, resulting in Fake News -- a ten-song LP with palpable immediacy and a warm, organic vibe.  The album, which apparently was recorded in two days, offers a change of pace from their previous record, Dad's Oasis.  While the former album presented a more dreampop set of songs, Fake News is more direct, and many songs are taut, post-punk tunes.  We especially liked the jittery "Keep Your Focus".  However, the softer edges remain with the lovely "Bachelor's Bliss" and "Mara".

Great Outdoors is a talented band with the confidence to create fine music without worrying about painting between the boundaries of a specific genre, and Fake News is the perfect introduction to their music.  The album is out now via Smooch Records.