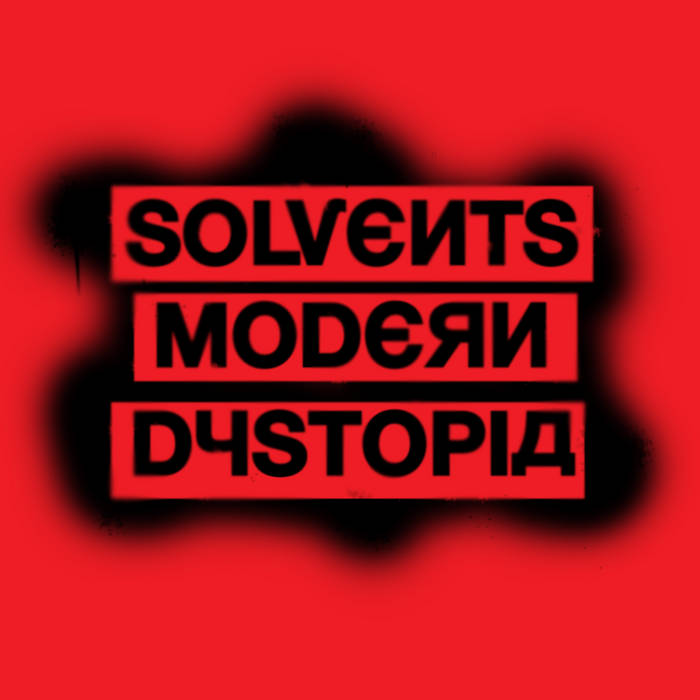 The Pacific Northwest has been sitting on a secret called Solvents for too long.  We apologize, but sometimes you hang on to good things for yourself even though we're supposed to get joy from sharing.  A DIY duo .... well, I suppose most duos are DIY except, perhaps, Milli Vanilli so I'll start over.  Solvents are a duo of DIY musicians from Port Townsend, Washington, a small town on the state's Olympic Peninsula.  Loud and soft, snarling rock and acoustic reflections, pointed social/political commentary and inward looking reflection -- this husband and wife team fills Modern Dystopia with ten fuzzy rock songs with a live-to-record feel and a palpable conviction that make you want to stomp your feet and sing along in full voice (this may explain the pounding on the wall from the guy in the next office).

Solvents have released 8 to 10 albums by their own account, yet remain at the most a cult band here in the mossy upper left corner of the country.  And that is sad, as any band that can package well-articulated grown up thoughts in a slightly punky indie rock package with a violin as a regular part of the arrangement is a band to cherish, in our view.  You can stream the entire album at the Bandcamp link below.  And note that a digital download is a mere $7 (it is only $7 to you, but it might keep this nice couple from having to venture into the woods and pick potentially dangerous mushrooms to keep from starving).  You can sample a few of the fine songs below, and I will suggest that "Reeling Out" may well become your favorite song of the week.

Solvents are Jarrod Paul Bramson and Emily Madden.  Modern Dystopia is out now and is available as a digital download or cassette.  Rabid fans have already cornered the market for the CD version.