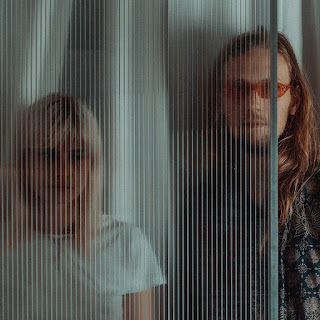 I guess I am a bit late to the party with respect to Pale Moon, as the band has been together for a couple of years. But I will not allow a bit of tardiness to cause me to continue to ignore them.  Pale Moon is a duo consisting of Icelandic musician Arni Gudjonsson (Of Monsters and Men) and Russian vocalist Nata Sushchenko. Having released several well-received songs and videos, they plan to release their debut album this year, and have just dropped their first single of 2022, "Clown". The song displays the duo's '70s-influenced approach to warm, accessible pop, and is a great way to brighten the start of the week.