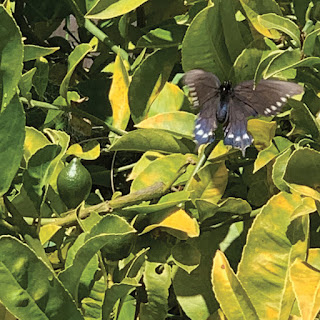 This feature joins two threads of our (admittedly scary) subconscious. The first involves Kevin Linn. You may not know Kevin Linn. Actually, to be honest we have never met him either, although we have exchanged correspondence with him in his capacity as honcho for the wonderful little San Francisco label Paisley Shirt Records. He seems like an nice, intelligent man with really good taste in music (in that sense, we might actually be twins). The second thread involves the Sad Eyed Beatniks, a San Francisco jangle/alt/twee pop band whose name is one of our instant favorites and about which we had heard good things, but we hadn't had time to check out their music.
The threads combined because we recently learned that Kevin Linn is the one and only Sad Eyed Beatniks. And as the Sad Eyed Beatniks he has released a really, really good album titled Claudia's Ethereal Weaver. Consisting of ten songs, the album is rooted in well-crafted jangling twee, but also includes an lot of interesting details around the edges that earn an alt pop tag as well. And while you won't often find those touches on a jangle/twee album, they fit the Paisley Shirt Records esthetic perfectly. More importantly they add increased space and light to the already deftly constructed compositions. In our view the result is a set of songs that seems to float in the air -- substantial yet seemingly pulling you into the songwriter's inner musings. Playful, honest and engaging, this is music to cherish.