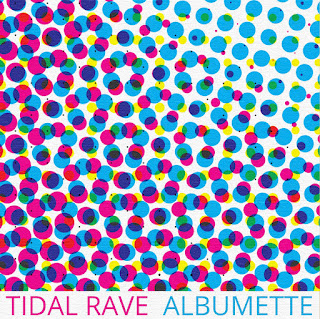 It seems that our Wellington musical friends Tidal Rave were in a serious mood when writing Albumette. It seems that lockdowns, social unrest, income disparities and other ills can do that for you. But sometimes those feelings can translate to compelling music, and such is the case here. With an aggressive strike to the jangle, plenty of spikiness to the guitars and a decided edge to the staccato group vocals, this is post-punk/garage rock with an attitude and a purpose. But despite the 'wall closing in' atmosphere, it also is melodic and, ultimately, liberating. Albumette is a good album, and a good album for the times.