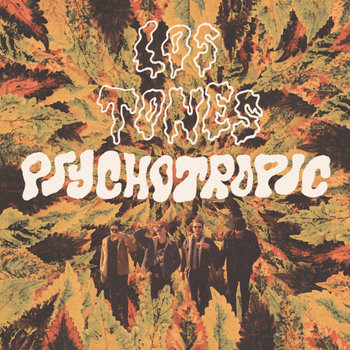 Please don't tell Sydney's Los Tones that the '60s are over.  Please.  Their brand of bluesy, psychedelic, surfy garage rock is perfect for ears that crave such sounds -- like mine.  And now that the band has given us Psychotropic -- a full LP of the delicious stuff -- we can band together to protect this treasure and keep the pipeline going.  We can do it -- don't mention the date!

This is dirty, gritty, primal garage, the stuff you fell in love with when you first heard The Sonics' belt out "Psycho", "The Witch", or "Strychnine".  The band has released singles previously, some of which were featured here, but I believe that Psychotropic is their debut album.  It is available in digital, CD and vinyl versions.  All versions can be sourced, and the entire album streamed, via the Bandcamp link below.