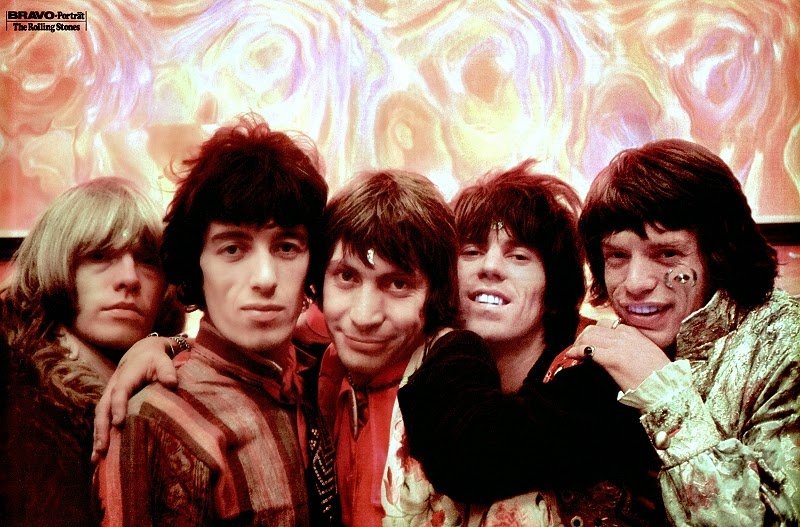 The late 1960's was a fascinating and tumultuous time. But a good bit bit of it around the edges was ridiculous - silly fashions, expressions ("sock it to me baby!"), social extremes, nonsensical sounds and hippie dippy lyrics ("I love the flower girl / Oh I don't know just why / She simply caught my eye"). And not even the great bands like the Beatles and Rolling Stones were immune from some cringe worthy stuff.

And on the surface, I suppose the song "She'a Rainbow" from Their Satanic Majesties Request (1967) could fall into this category.  "She comes in colors everywhere / she's like a rainbow." Seriously?

But call it a guilty pleasure or whatever you want - I love this song! Nicky Hopkins' piano, the baroque chamber pop sound, the big multi-part harmonies, the build up, the strings (arranged by one John Paul Jones before he started a band called Led Zeppelin) - it's a joy ride.


Here's a fairly recent live version of "She's a Rainbow" by a certain Canadian band featuring a cameo appearance by an older gentleman you might recognize:


Saturday Night Live She's Like a Rainbow from Karen on Vimeo.