Old Mate - It Is What It Is 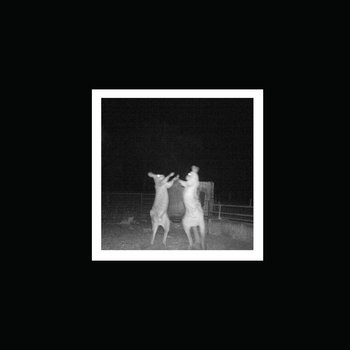 The debut album from Pat Telfer of Bitch Prefect, recording as Old Mate, is titled It Is What It Is.  And if one plays with the title to turn it into a question, it provides a nice segue into the quality of the album.  That is, what is It Is What It Is like?  The answer for me is that it is an strikingly good record.  Telfer doesn't pretend to choose a sub-genre of indie rock, resulting in an appealing variety of music.  And each song makes a convincing case for your attention.  The opening track "Medicine Man" is a bluesy roadhouse jam that sprawls for ten minutes -- and doesn't feel one second too long.  "Requesting Permission" (stream below) is a relaxed guitar pop tune, with Pat's southern Australian drawl supported by barely-there female background vocals and an organ. line.  "Something" is an urgent, chugging track that brings to mind Jonathan Richman and the Modern Lovers.  Melancholy singer-songwriter sensibility infuses the sparsely adorned "February".

The second half of the album kicks-off with "Stressin" (video below), which is a somewhat jittery instrumental for 2:45, before the simple admonition that "Sally's stressin". Driven by Telfer's baritone, the following "Know What He Wants" has a vibe that hints at Nick Cave or the Velvet Underground.  Like a ray of light, "Him" begins with a chorus of female and male voices, and continues the enigmatic refrain accompanied predominantly by a bass guitar, drum and occasional guitar strokes.  The album ends with "Truth Boy". a strutting post-punk gem that builds and then recedes with deserved confidence.

That's it.  Eight tracks, but a fair measure of running time.  The tone is a bit sinister and decadent, owing only partially to Telfer's voice and the arrangements.  The true skeleton of this record is astute songwriting.  Telfer doesn't hit you in the head; he just lets the words and atmosphere seep into your skin. Lay out some cash for this album, and you'll be richer for it.

Originally a solo project, Telfer now relies on a group of 7-10 musicians to flesh out Old Mate.  It is a credit to Telfer's vision and the players' discipline that the songs are focused and efficient, with no hint of competition for time or attention.  It Is What It Is is out now via French label SDZ Records.