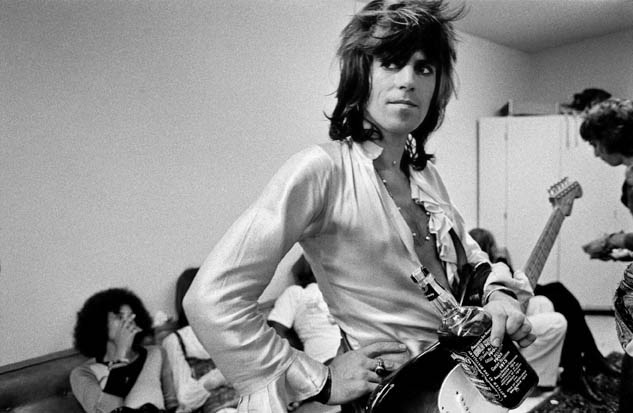 "Happy" from Exile on Main Street with Keith Richards on lead vocals is certainly one of his signature songs and an irresistible gem. It was written and recorded very quickly, in an afternoon in 1971 at Villa Nellcote in France. Some overdubs were added later but the base track was just Keith on guitar, bass and vocals, Jimmy Miller on drums and Bobby Keys playing maracas.

Here's a terrific live version from 1972:

And here's Keith and the X-Pensive Winos live in Los Angeles 1988:

The song has been covered a great deal, become a bar band staple. Best cover I ever heard was by Elvis Costello and the Imposters a few years ago at their Spinning Wheel tour, when the dial landed on the word "Happy" and Elvis tore through a cover of "Happy" and then his own "I Hope You're Happy Now".
Posted by Jim Desmond at 9/19/2014