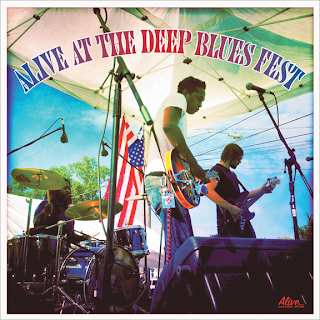 We've been listening to these great Alive/Naturalsound artists all of 2012 - each album has its own pleasures, but what unites them, in my mind, are a joy in playing and the serious chops that are hallmarks of great blues and rock and roll.

Back in the summer, seven members of Alive's roster joined 19 other bands for a summer BBQ festival in Bayport, MN and the results were recorded and, fortunately, produced into an album by Jim Diamond. Here's the tracklist:

This is a record that happily does double duty: It's a great document of what sounds like one of the best summer music festivals I've ever heard of, but it's also a really good label sampler. If you're still looking for a way to spend that iTunes or Amazon gift card, this record is a good option, and it will open up seven other worthy possibilities...

Here is a free download of a live version of The Buffalo Killers' "It's A Shame" from the Fest: