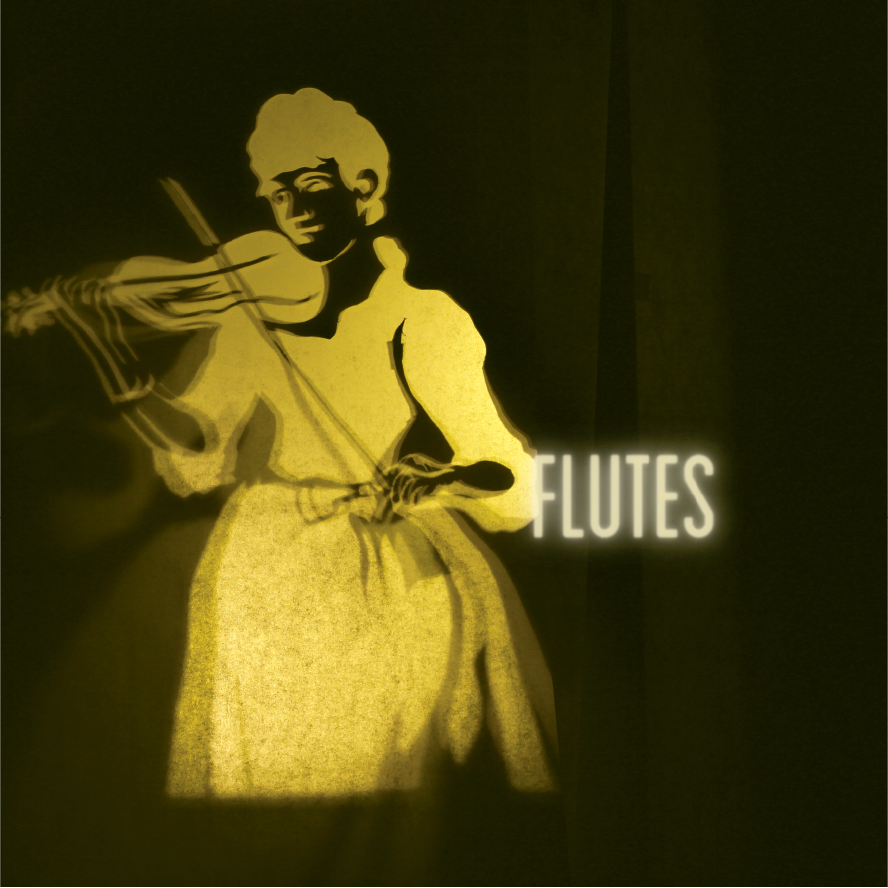 The new self-titled album from Flutes is the kind of record that invites you to lose yourself in the music.  You feel the emotions not only from the lyrics and the timbre of the vocals, but also from the arrangements as they wash over you.  At their best, these are large scale, dramatic pop songs capable of getting your blood racing.  And the power comes from sincerity, intensity and attention to detail, not from shouting or thrashing.  Flutes is an album with style and substance in equal measure.

The album's opening track and first single is "Auld Archie", which is the subject of the following video. I love the line "I'm turning into an old man, with the grace of a one-armed archer".

The pace of the album picks up with track two, "It's What's Between That Makes Us Happy".  It is an upbeat, piano-accented tune.  "This Is No Country For Old Men" boasts thundering percussion and dramatic vocals and instrumentation.  "Solo Sleep" starts soft, but the arrangements build as the song unfolds.

"Dolores" and "Kilburn" are, in my view, the beating heart of the album, and fine examples of what Flutes do best.  "Dolores" pulses and jangles as it builds into a wide-angle modern rock anthem.  "Kilburn", which currently is my second favorite track on the album  features pounding percussion as it gathers force.

The seventh song, "This is a Lift", scales the proceedings back down to the soft and intimate level, providing a launching pad for the closing track, second single from the album, and my current favorite, "Sand".  And since this track graces a playlist I've made of my favorite songs of 2012, forfeited any claim to objectivity, so I'll just encourage you to listen to it.

Flutes is Godfrey McFall (vocals/guitar), Andy Bruce (bass/vocals/piano/organ/guitar), Alex Walker (drums/vocals), and Robert Marshall (guitar/piano/vocals).  They are London-based Scots who describe themselves as miserable yet optimistic.  The band formed in 2007, although some members knew each other and played together before that time.

Flutes was produced by Jamie Savage at Chem 19 Studio in Blantyre (outside Glasgow).