"Don't You Grow Up" by Kindsight 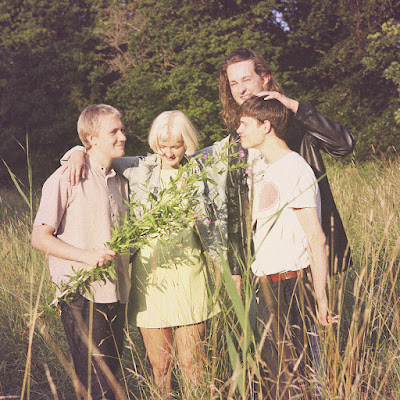 Young Copenhagen four-piece Kindsight are a breath of fresh air in the guitar pop world. They have the shiny pop accents of their native Scandinavia, but thicken the sound with elements of alternative rock. We won't be able to hear their upcoming debut album until the first part of 2022, but we have their new single "Don't You Grow Up". The song shows off the band's warm, sunny style but also shows the band has the muscle to rock out.