Dean Wareham - I Have Nothing to Say to the Mayor of L.A. 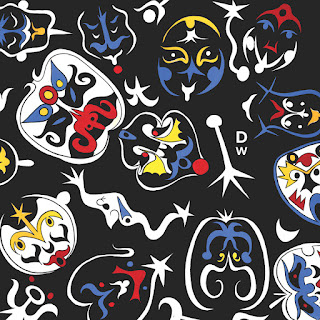 Dean Wareham is a very talented guy, as evidenced by his songcraft, guitar work and singing with Galaxie 500, Luna and Dean & Britta. But another aspect of his art, which we personally appreciate quite a bit, is his ability to intertwine social and political commentary with warm vocals and clever phrasing, delivered via his delightful guitar pop melodies. His first album under his own name in seven years, the recently released I Have Nothing To Say To The Mayor Of L.A., displays these talents to great effect, providing soup to nuts satisfaction for the head as well as the heart.
The melodies are great, and the guitars via Dean and producer Jason Quever (Papercuts) are an absolute, and appealingly varied, delight. Britta Phillips, Dean's spouse and bandmate in Luna and Dean & Britta, also pitches in to play and sing, adding nuance and depth to the songs. The production is crisp overall, but the most laudable production aspect is that Dean's vocals are high in the mix. A listener should not have to strain to hear lyrics that deserve being heard, and these lyrics deserve to be heard. As I have played this album over and over, and appreciating it more each time, I find myself grabbing snatches of the lyrics and applying them to my daily life (often with the same whimsical effect one gets listening to the original). The one I repeated most often today was "the past is our plaything -- she can't talk back" from the album opener, but that is just a taste because this album is full of gems. Not surprisingly, the album mostly consists of new material, but there are two covers including "Dutchess" which was written by Scott Walker. We've included the video for that one below so you can see Dean performing it.

I Have Nothing To Say To The Mayor Of L.A. is not only one of the better guitar pop albums of the year, it also is an album we expect to be playing years down the road. It is out now via Double Feature Records.