Benz - This Could Be The End EP 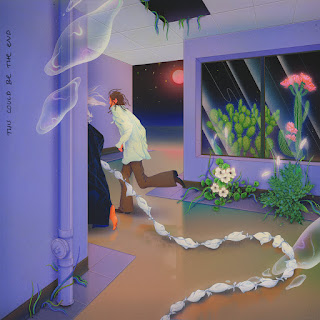 We music fans might be envious of one aspect of Ebba Salomonsson's earlier years as her stepfather owned a record store. Apparently young Ebba took advantage of the opportunity to expose herself to a variety of music. The result of that experience and her ambition is her solo venture, Benz. And we think that her just-released EP This Could Be The End displays both talent and confidence. Ebba is unafraid to offer a large-scale pop song such as EP opener "Hometown" and the following "I Never Thought This Would Be The End". But she is equally impressive with the dialed-down psyche of "Cave In" and the playful, all-too-short singalong "Murder Serenade". The thematic arc of the record is the dissolution of a long-term friendship, but the topic never threatens to weigh down the appealing music. Mark Benz as a talent to follow.

This Could Be The End is out now as a digital release via Stockholm's Rama Lama Records.