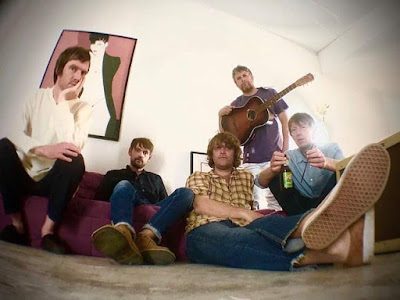 Here is today's first jangling delight, "Skogen" by Stockholm's Stephen's Shore. The band was formed in 2011 and previously released an EP and an LP (both available on their Bandcamp page). They now are preparing to release new EP Brisbane Radio. While two EPs and one LP in a decade is not a furious production pace, our experienced ears advise us that this five-piece makes up for the leisurely pace by focusing on high quality output. "Skogen" is the second track to be released from the EP, following the title track.