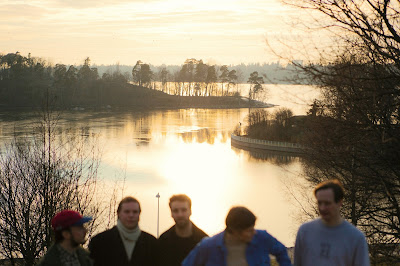 Ville Hopponen has been a member of two of our favorite Finnish bands, Cats On Fire and the New Tigers, as well as Pollop and Le Futur Pompiste. More recently, he has created music under the name Verandan, which featured on these pages multiple times in 2017. The project's first new music since 2017 is the just released "Pink Clouds". A shimmering pop tune with a palpable atmosphere of regret, it reveals a band whose every release should be eagerly collected.