"Keep A Tab (On All My Friends)" by Jarrow 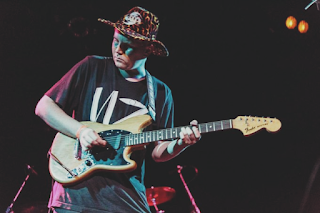 Dan Oke's Jarrow project will be releasing a self-titled album next month, and we now have the third single to share. The song is a laid back ode to keeping track of friends during time of social distancing and staying at home. And Dan has created a clever video for the song using his socially distant musical friends. We aren't certain that Dan's protective gear in the video would make the pages of GQ, but we understand that when homebound, one must make do with the materials at hand

Jarrow will be release on May 22 via Spoilsport Records.