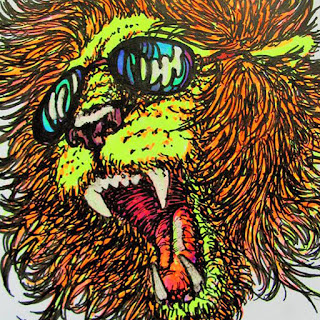 We have been waiting patiently for Songs, the upcoming LP by Finland's Pink Chameleons. OK, semi-patiently. Having featured the first single from the album in August (link), we now can share the slow-burning garage brilliance of "Sundown". Think Lou Reed and The Jesus and Mary Chain finding themselves in a haunted house at when the sun goes down. The single is out via October 11 via Helsinki label Soliti Music.

Pink Chameleons are Paltsa-Kai Salama, Antti Sauli, and Ville Hopponen. Songs will be released on December 13 via Soliti.