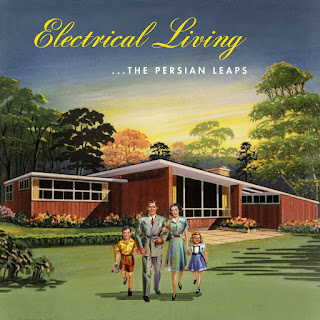 If you like power pop, you like The Persian Leaps. The project of one Drew Forsberg and friends, they delighted us with several EPs of masterful, crunchy guitar pop, and then a superb, fully packed full length that served as a greatest hits album, as well as a swan song for that version of the band. But Drew has continued to write and record, and has just released a smashing set of songs titled Electrical Living that will power your weekend -- this weekend and probably many to follow.

For Electrical Living, Drew is joined by Jon Hunt, who also provided the album's cover art.