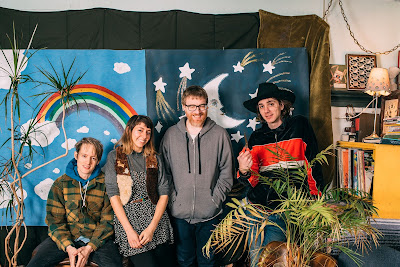 Would you like to hear At Moonset, the new album by Seattle indie pop band Flying Fish Cove?  Of course you would, and so would we, but that won't happen for another month via Help Yourself Records.  So we all have to settle for the peppy jangle of "Sleight of Hand" -- the second single from the album, with the added bonus of a video.