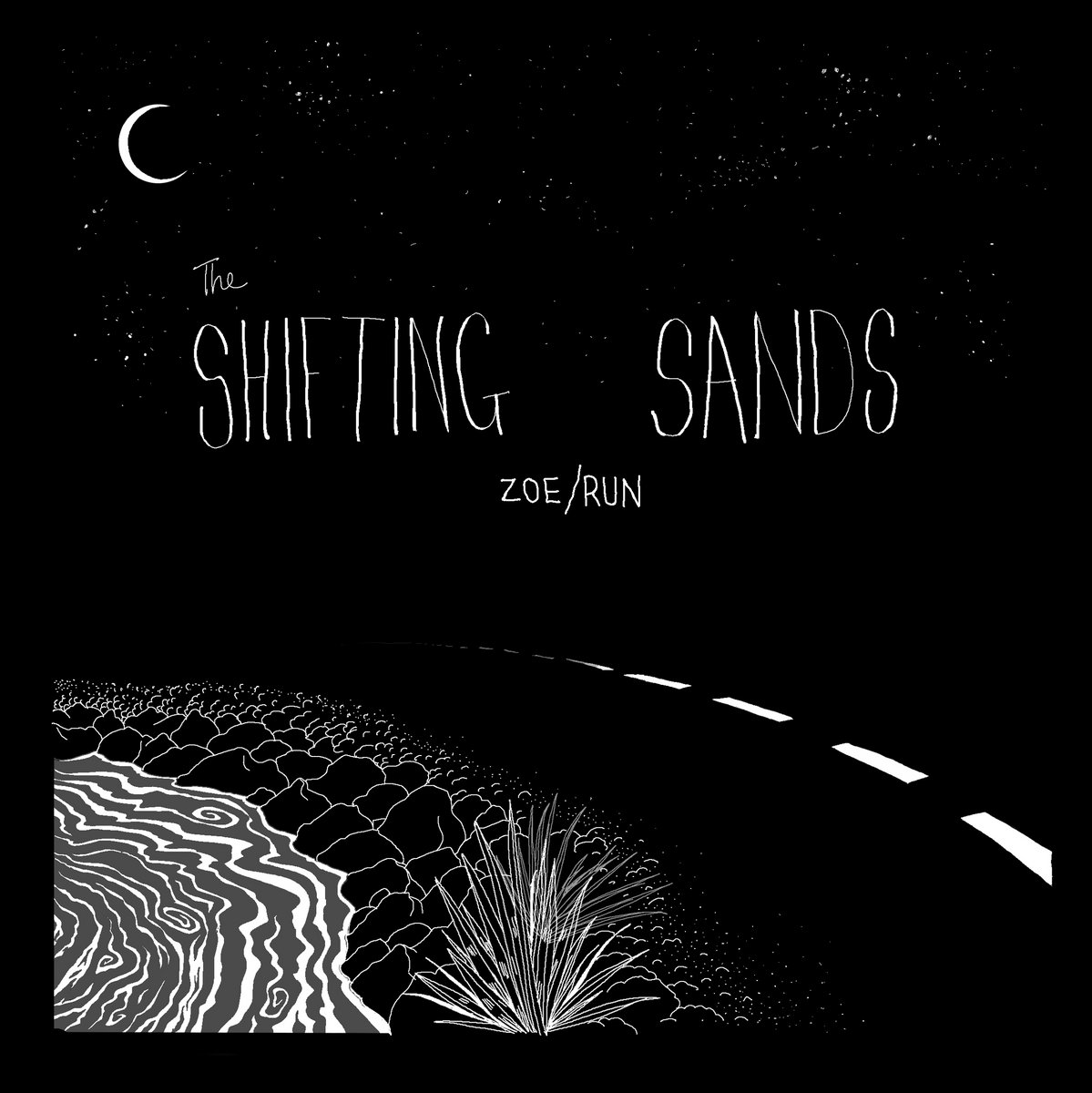 One of our favorite purveyors of psychedelic pop is Michael McLeod.  The Dunedin, New Zealand musician, who records and performs as The Shifting Sands, spent part of 2017 touring North America in support of David Kilgour and the Heavy Eights.  Before heading home, Michael (vocals/guitar) and fellow band members Tom Bell (bass) and Jake Langley (drums) went into studio in Los Angeles to record a seven inch single consisting of "Zoe" and "Run".  For the sessions the band was joined by additional guitarist Steven Schayer.

Featuring the band's traditional harmonic complexity and keen melodic sensibility, the single is a standout work of psychedelic pop, with a deep, layered rhythm track and punchy, intertwined guitars.  Below you can enjoy the video for "Run" created by Phoebe Mackenzie, or the Bandcamp stream for the song.  The single is available on limited edition vinyl plus a digital download via Fishrider Records.