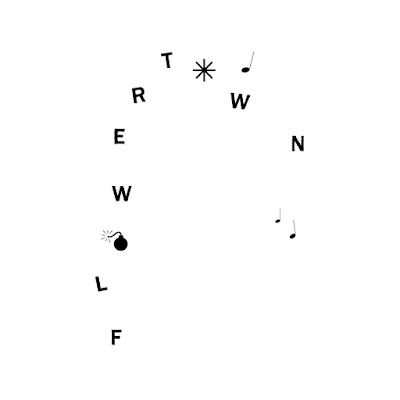 Can an album birthed from a backstage collaboration of two songwriters from different bands whose shows were cancelled result in a masterpiece debut? The answer is 'yes', and the evidence is the self-titled album by San Francisco's Flowertown. The duo is comprised of Karina Gill of Cindy (our recent feature here) and Michael Ramos of Tony Jay (our recent feature here). The songs on Flowertown were originally released on two cassette EPs by the excellent San Francisco label Paisley Shirt Records. The tracks have been remastered and produced on vinyl by Mt.St.Mtn. The album also is available in digital format (see the Bandcamp link below).

The twelve tracks on the album range from hushed, dreamy, slow tempo songs with sparse instrumentation to indie rock flashes of light driven by electric guitar, reflecting in each case the more dreamy work of Cindy and the noisier compositions of Tony Jay. And unsurprisingly, many are between those ends of the spectrum. But throughout Gill and Ramos evince a seemingly effortless vocal partnership, trading lines and fleshing out each other's songs. To my ears, among the distinct delights of Flowertown is the variation in atmosphere, from the hiss and static evocative of San Francisco fog to the shimmer and jangle of Galaxie 500 to the semi-drone of Velvet Underground (which always brings to mind the cadence of walking the streets of New York City).

I haven't owned this album long, but it is among my most treasured albums of the year, with four  of the songs counted among the best songs I've heard in 2021. I highly recommend it to all.