The Telephone Numbers - The Ballad of Doug 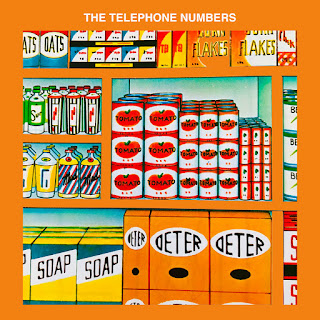 Today we have another offering from San Francisco -- The Ballad of Doug. The album is by The Telephone Numbers, which is the project of songwriter, guitarist and primary vocalist Thomas Rubenstein. This full length debut bears a wealth of hooks and jangle, and a season's supply of melancholy. But even the bittersweet and lovelorn moments do not spoil the music for the listener because the shimmering songs and sweet melodies result in an absolutely beautiful set of songs. The vocals are sincere and vulnerable and the instrumentation is remarkably full. A good songwriter can tug your heartstrings with a well-selected chord, a good hook and a carefully crafted line. But it takes an exceptional songwriter to accomplish that with apparent simplicity and a seamless flow--so seamless that you don't know you have been touched until you involuntarily hit the replay button at the end of the song. And in listening to The Ballad of Doug the first time I hit the replay button so many times that I lost count and thought the album had many more tracks than the actual ten. (for the record, "Pictures of Lee" has the most replays so far). An exceptional debut, this album will delight for a long time.

Bandcamp The Ballad Of Doug (Meritorio: Digital and vinyl)

Bandcamp for The Ballad Of Doug (North America: Digital)

Bandcamp for The Ballad Of Doug (Paisley Shirt Records: Digital and Cassette)