"What A Scene" (feat. Sui Zhen) by Geoffrey O'Connor 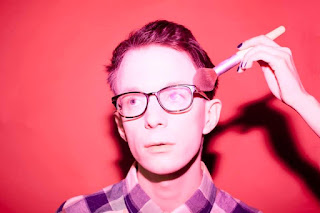 Ah, Geoffrey O'Connor is a sly one. Former frontman for the excellent pop band Crayon Fields, he has announced a solo album titled For So Long As I Remember, to be released August 6. But he has ensured that his multi-layered compositions would benefit from additional sonic texture and emotional content by adding a guest vocalist for each if the 11 tracks. The result is a solo album comprised of 11 duets. We will have more to say about this album in a week, but for today, just enjoy "What A Scene", featuring Sui Zhen. Wonderful vocal interplay, a rubbery bassline an a languid arrangement transports you to late nigh adventures.

For So Long As I Remember will be released via Melbourne's Chapter Music.

Bandcamp for pre-orders of album