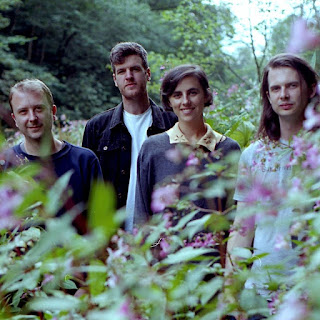 In November we featured "Feel You More Than World Right Now", the debut single from the upcoming album by Spinning Coin. As the Glasgow (with two members now residing in Berlin) band is one of our favorites, we are looking forward to the arrival of Hyacinth on February 21. Meanwhile, today brings the video for another album track, the tense and urgent "Ghosting". Treat your eyes and ears below.

Spinning Coin are Chris White, Jack Mellin, Sean Armstrong, and Rachel Taylor. Hyacinth will be released via the Geographic imprint of Domino Records.