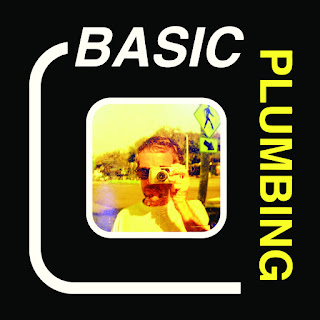 The release of an excellent album should be a cause for unmitigated celebration. However, the world isn't perfect and our joy at the quality of Keeping Up Appearances is dampened by the knowledge that Patrick Doyle, the man behind Basic Plumbing, died at age 32 before the album could be released. Indisputably, Mr. Doyle make a mark in the indie music world in his short time with us. His earlier projects included Scottish bands Correcto, Dot to Dot, Sexy Kids and The Royal We, and then as co-founder of Veronica Falls. Subsequent to the demise of VF, he launched solo project Boys Forever and moved from the UK to Los Angeles. Although Boys Forever was well received, Doyle rebranded his solo work as Basic Plumbing for the songs on Keeping Up Appearances. Where Boys Forever boasted soaring harmonies and delectable indie pop, Basic Plumbing pulled back in some of VF's melancholy and dark shading, while retaining pop structures and hooks. The result is an album that sounds like a live recording, while retaining high production and performance values. As before, Doyle proves to be an excellent songwriter as well as an able vocalist, touching on joy and sadness. He also played all the instruments except bass, which was provided by Helen Skinner. This is a fine album and deserves the ears of any indie pop fan.

Keeping Up Appearances is available now in digital, vinyl and CD formats. See the Bandcamp link below.