REVIEW: WATERS - Out In The Light 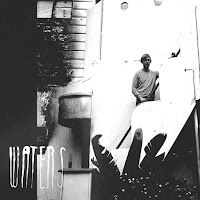 Released in September, Out In The Light is a hard-rocking album with plaintive vocals and some terrific guitars. Here's the video for "For the One", the lead track and my first exposure to the record via KEXP's song of the day podcast:

This album has a big, bracing rock sound. Singer/songwriter is Van Pierszalowski, who was frontman in Port O'Brien until they broke up in 2010. This band is a group of musicians he met in Oslo during his hiatus between Port O'Brien and this project. Sounds like they were meant to find one another... this record has the feel of a band that's been together for years. Especially enjoyable are the guitars throughout, and the vocal choruses on "Take Me Out To The Coast" and "Out In The Light" - but the whole album is terrific.

Here's a video for "Back to You" - love the feedback:

If you like well-played guitar rock with anthemic choruses, I highly recommend giving this a listen.