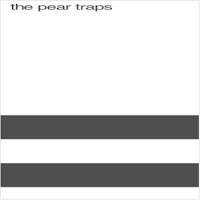 Sorry it's taken me a while to get this posted, because I really like this band a lot. Lo-fi like old R.E.M., nicely buzzing and strumming along like the Feelies, the Bats or the Clean, it's catchy and the guitars are absolutely delightful.

Here's a video I found of "Come Home":

And here's a video of lead man Bryant Howe talking about his guitar rig:

Here's hoping they'll record an album or two in 2012, but until then this EP will do very nicely:

It's been out since the summer, but I just discovered it. "Discovered", that's funny. The Pear Traps sent it to me and Scott. Must have known what big fans of Human Television we are...