Get to Know: Catwalk 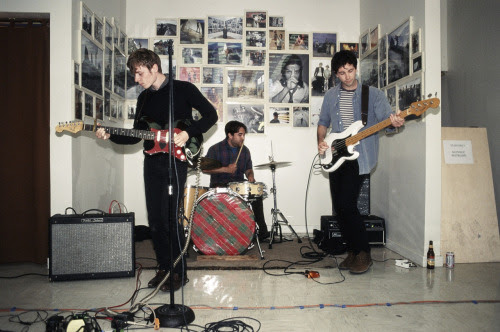 Catwalk is a project started by Nick Hessler in Oxnard, California in 2005, when he was in junior high school. His demos led to the release of two singles on local label YAY! Records. The band has endured some line up changes, but not consists of Nick Hessler and Arin Fazio, and they are signed to Captured Tracks. The band is working on a debut LP, which they hope to release in Spring 2012.

The music is a brand of indie pop that manages to be very engaging, while maintaining a bit of mystery. Based on what I've heard, I think these guys are very good at what they do, and I'm very interested in hearing the album. Try a few tracks below--