"Mixtape Generation" by Near Beer 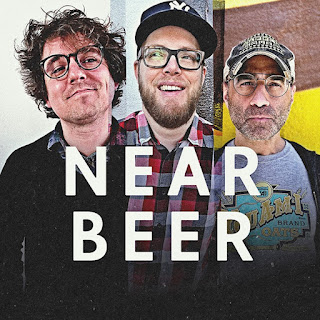 I swear this band is going to make me look stupid (or stupider) at some point. Their name is Near Beer, but the way my mind functions/disfunctions I have caught myself typing the name as 'neer beer' and 'near bear'. Leaving aside the fact that being near a beer is far preferable to being near a bear, a band that makes good music deserves to have their name properly referenced. As they march towards the summer release of their debut album, Near Beer has released their second single from the set. "Mixtape Generation" is a pop punk blast with youthful Replacements-style energy. Enjoy the video version with a pre-wedding love fest that goes very wrong, but ends up happy. Bloody, but happy..

Near Beer - formed on the foundations of The Henry Clay People - are Joey Siara (vocals/guitar), Brent Stranathan (drums), and Jeremy Levy (bass/backing vocals). The album will be released via Double Helix Records.