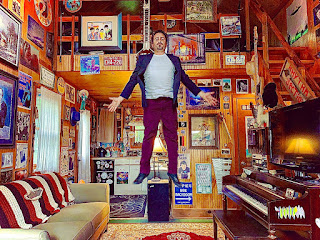 Trappers is the name adopted by Joel Nettesheim for his music endeavors. Located in the Blue Ridge Mountains of Georgia, Trappers is prolific and versatile. The recently released Trappers Cabin, his 14th album, includes rock, psychedelic, alt folk, and a few songs that resist classification. However, each song displays solid melodic sense and Trappers' full commitment to the project. Cue it up, it really is an rewarding listen. The video is homemade and features Trappers and his daughter.

Trappers Cabin is self-released. See the Bandcamp link below.