The Aerosols - Room For Wrong 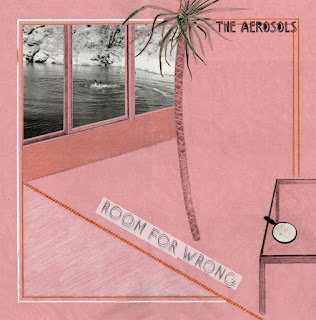 San Francisco' indie scene is having a very good year. We are going to highlight two reasons in succession. The first is Room For Wrong by a four-member band called The Aerosols. Consisting of Joe Z. Armin (guitar/vocals), Amy Fowler (guitar/keys/backing vocals), Josh Bevalacqua (bass), and Raul Sanchez (drums), The Aerosols concoct a bracing mix of hooks, '80s guitar vibes, and jangle. And they aren't shy about getting a bit weird, but never in a distracting way. They remind us a bit of Seattle's heroes of the past The Young Fresh Fellows. And if you remind WYMA Blog of The Young Fresh Fellows, you know we like you.

Room For Wrong is out now in digital and vinyl formats via the band's Land of the Lost Records.

Bandcamp for Room For Wrong