"Pour the Light In" by The Reds, Pinks & Purples 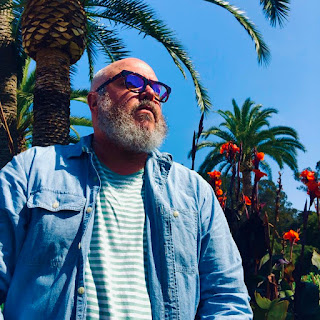 Glenn Donaldson  has released "Pour In The Light", the second single from his February 2022 release under his current banner The Reds, Pinks & Purples. With plenty of jangle and chime, and Glenn's hushed vocals riding an upbeat melody, it is another reminder that this artist is in the midst of an extraordinary period of creative excellence.
The new album is titled Summer At Land's End and it will be released via Slumberland Records in North America and Tough Love Records in UK/Europe. Vinyl collectors should note that there are two vinyl versions. One is a single disc of Summer At Land's End. The other version contains the album plus another disc of instrumental songs (not instrumental versions of the album's songs). I would not be surprised if both versions sell out in the pre-order stage.