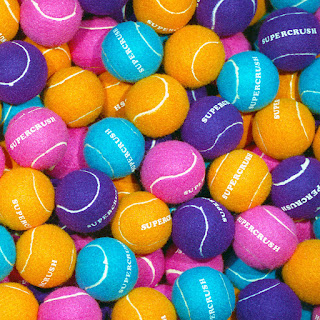 About 18 months ago we featured a collection of singles by Supercrush (our review here), a band which quickly became one of our favorite powerpop groups. To our great delight, frontman Mark Palm recently let us know that Supercrush has released a full length titled SODO Pop. We wasted zero time finding our way to the album and pressing "play", and were rewarded with ten tracks of the kind of powerpop that made Teenage Fanclub beloved. Remarkably, Palm has spent much of his career in punk and hardcore groups, but his feel for powerpop and talent for songwriting is manifestly evident here. In fact, this album sounds and feels like a greatest hits album to us, and it may well to you as well. Give it a shot, your day will be better for doing so.

For this recording, Supercrush are Mark Palm, Phil Jones, Allen Trainer, Bob Reed, Inna Showalter, Greg Ehrlich, and Jay Kardong. SODO Pop is out now in all formats via Don Giovanni Records. By the way, the album title is a Seattle in joke. While it looks like Mark misspelled "soda", he actually is referring to the name of the neighborhood of Seattle south of the downtown business district.