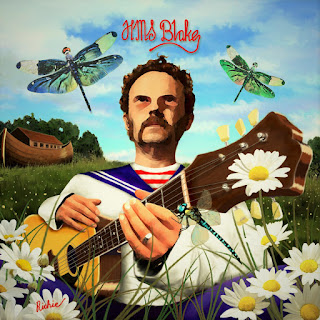 English musician Julian Pugsley, aka Blake, is a Swiss Army Knife kind of pop artist. Looking for jangling singer-songwriter tunes -- you will find them here. Want some boogie blues rock -- he has you covered. But he doesn't stop there. His new collection of songs, HMS Blake, includes alt rock and folk songs as well. We term the album a collection because it is a two disc release including 1971, his album from earlier this year, six new songs, and a career retrospective of earlier releases. So in addition to remarkable variety, the album is consists of a very generous 40 songs. You have to play HMS Blake through from start to finish to truly appreciate what it can do for you. It is like finding a top quality indie station playing guitar pop and rock inspired by the best influences of the past five decades. That it is all written and performed by Pugsley is even more incredible, of course.

The album is available now in CD and digital formats via Subjangle Records.