"My Candidacy" by Pom Poko 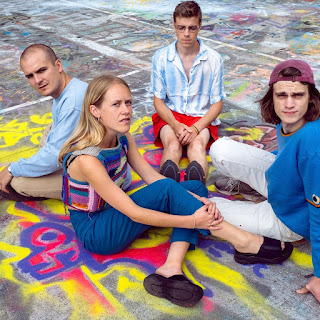 Energetic Norwegian pop punk band Pom Poko has announced new album Cheater, due November 6 via Bella Union. The announcement was accompanied by an offering of the single "My Candidacy". Despite the election season, the song actually is about the desire for unconditional love, and we are quite happy that it isn't about politics. The sound is classic Pom Poko: Like a firecracker loaded with sugar. Perfect stuff to cure your mid-week blahs.