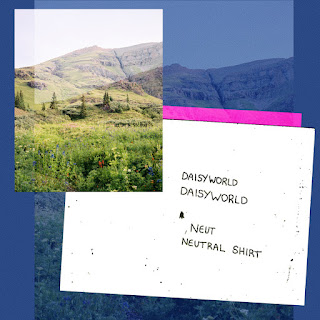 Welcome to Matty Terrones' musical world -- world of jangle, pop, and loud/soft arrangements. The name of his project is Neutral Shirt, but don't be fooled by the unassuming name. Matty's songs are dynamic, colorful and evocative. Daisyworld, the new album, consists of eight tracks that Matty wrote when living in Philadelphia and then recorded when he returned to San Diego.We think it is fine stuff and we suggest you devote your ears to a spin.

For this record, Matty was joined by Daniel (guitar), Rainier (drums), Maybellline (keys), and Leah (bass/trumpet). Daisyworld is out now in digital and cassette + digital formats.