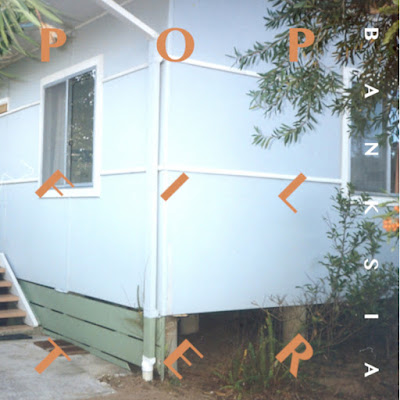 In one sense we wouldn't be wrong calling Pop Filter a Melbourne super group. We weren't alone in regarding The Ocean Party as one of the top guitar bands of the last decade, and five of that band's members comprise 5/6ths of Pop Filter. The sixth member is Nick Kearton of Cool Sounds, which certainly doesn't lessen the collective CV. But this collective isn't looking for Lear Jets, stadium tours or MTV gigs, but rather the continued friendship and connection they have achieved via music from their teens to present day, the dawn of their 30s. Continuing as The Ocean Party was not considered an option after the 2018 death of member Zac Denton, but neither was ceasing to celebrate their friendship via music.

The first full length transcript of the new band is Banksia, 12 songs recorded in four days as six songwriters fleshed out the two songs each brought to the session (yes, children, you can be assigned homework even in your 30s). It is a new chapter for the musicians - and for the fans as well, because these guys aren't the same guys they were a decade ago. They don't write the same songs, they don't live their lives the same way, they think about different things, and maybe think differently about things they thought about before. But what endures is top quality songwriting and collective performances reflecting genuine connection and generosity in supporting one's mates. The result is one of the top guitar pop albums of the season.