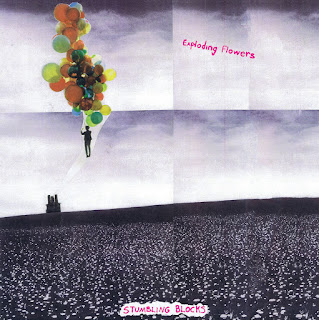 Calling all fans is indie pop, paisley pop and jangle bop. Hey, that sounds like a lot of the usual suspects who hang around WYMA. We found the perfect place to park that money that just doesn't fit in your pocket - Stumbling Blocks by Los Angeles aces Exploding Flowers. Comprised of veterans of Alice Bag Band, Future Shoxx, Cody ChesnuTT, Lassie Foundation, and Ray Barbee, this group has their sound perfectly dialed in. Whether your tastes run to Big Star, Rain Parade, The Bats, the Chills or those many '60s bands that make us swoon, you will find tracks to treasure on this album. The jangle overflows and there are more hooks than Hemingway's fishing vest, but it isn't all veneer -- this are good songs done well. The first two songs we have embedded are in the jangle pop variety, but the second two amply demonstrate that the band's range extends beyond that territory.

The CD us out via Ottawa's The Beautiful Music, while the vinyl and the digital is out via Smash It Up! Records.


Facebook
Twitter
Bandcamp for Stumbling Bocks
The Beautiful Music (label)
Smash It Up! Records
Posted by Rocksteady74 (Scott) at 8/09/2020