Today we would like to introduce our readers to the talented Ray Serapnin, formerly the frontman for The Talkies. Having recently moved back to the Bay Area from Austin, Texas. Ray is experiencing a highly productive year, having released an LP titled Tiny Shapes at the end of March and A Room Forever EP in June. The records are 'solo' projects under the name R.E. Seraphin, although he calls on some of his old companions for able support.

And while we don't consider ourselves to me a marketing affiliate for the artists we feature, we can't help pointing out that each of Ray's 2020 records is available as a digital download for $3 via San Francisco's Paisley Shirt Records. Tiny Shapes also is available on cassette. 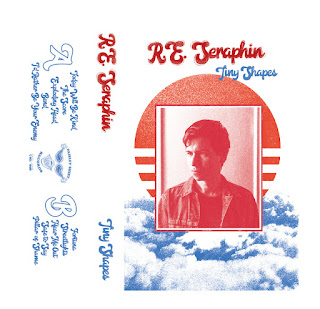 Tiny Shapes is a power pop gem, with plenty of chiming, ringing and jangling guitars. There is a bit of Martin Phillipps in his songcraft (in fact, we were reminded of Ray's album while listening to the reissue of The Chills' Soft Bomb and Submarine Bells albums), but there is a bit of The Feelies, The Clean and a lot, a delicious lot, of Television Personalities. It strikes our ears as a terrific summer album, so grab it while you still have some summer left. 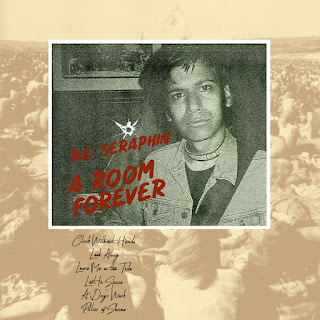 A Room Forever is a different animal than its preceding longer sibling. The sharp songwriting remains, but the soundscape is less power pop/pop rock and more a blend of jangle and dream pop. Strong Television Personalities kinship, and more generally, '80s British and American guitar pop, is a mainstay on this record, and it has never sounded so fresh. We won't beat around the bush: This is one of our favorite EPs of the year.